The monospecific Ambrosina is something of a cultivation enigma in that while many people struggle to maintain it in cultivation others find it easy. In the wild it is a highly variable species occurring both in NW Africa and also in Corsica, Sardinia, and Sicily, and it would be insightful to learn if the ‘difficult’ and ‘easy’ clones were geographically separated. In general cultivation the ‘easy’ clones respond well to the standard mix noted above in the introduction and a reasonably dry rest, although not too severe since the tubers are small. 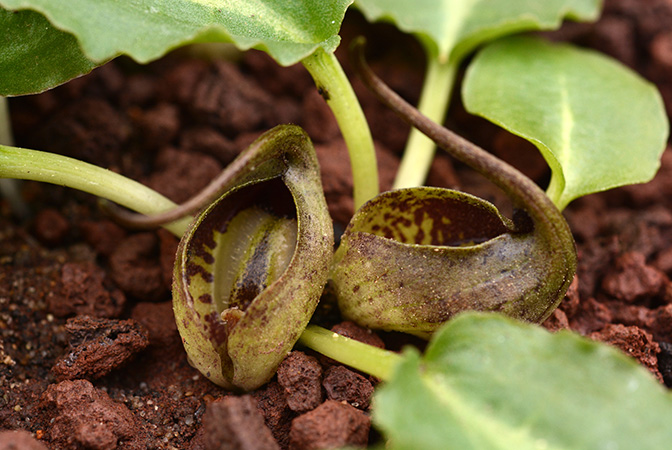 The inflorescences of Ambrosina bassii L. rest on top of the soil. Photo by David Scherberich. 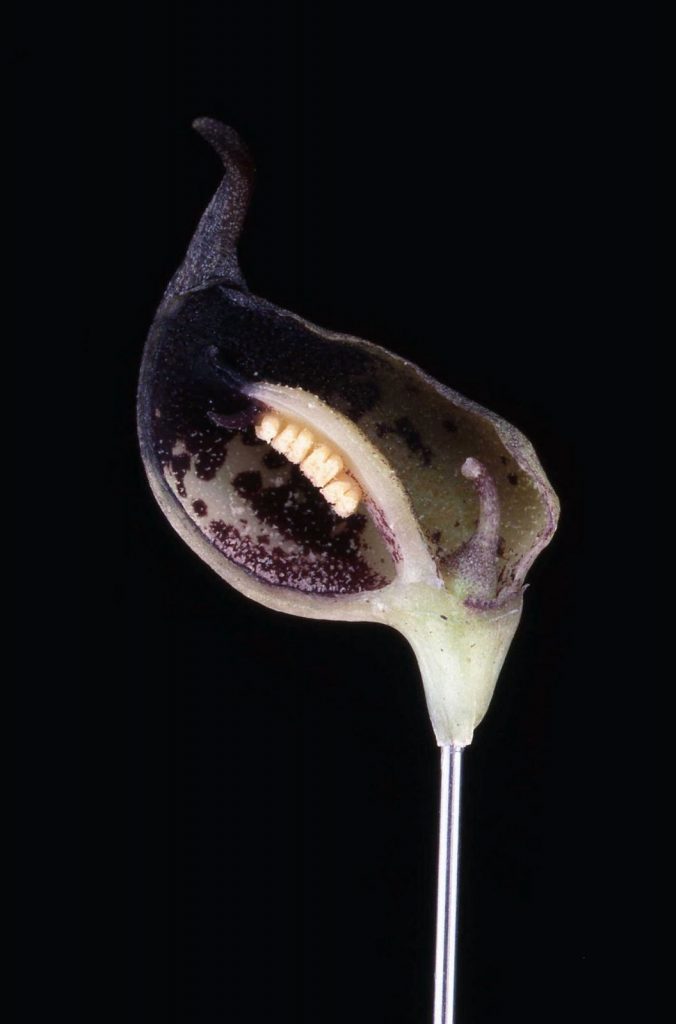 Cross section of the inflorescence of Ambrosina bassii L. Photo by Josef Bogner.